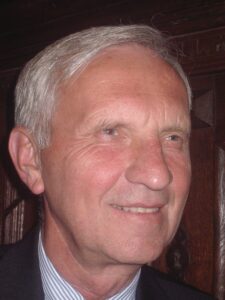 Brigadier General (ret.) Dr. Klaus Wittmann was born in Lübeck in 1946.  In October 2008 he ended 42 years of Bundeswehr service that included troop command (rocket artillery battalion and armoured brigade); academic phases (university studies in history and political science at Hamburg University  with a Ph.D., as well as a year at the International Institute for Strategic Studies, London); political-military work in the German Ministry of Defence and at NATO Headquarters, and positions in higher military education (Director of the Faculty at the Führungsakademie der Bundeswehr,  Hamburg, and, in his last assignment, Director Academic Planning and Policy at the NATO Defense College, Rome).  He was closely involved in the creation of NATO’s 1991 and 1999 Strategic Concepts.  In 2009 he published  “Towards a new Strategic Concept for NATO” (NATO Defence College, Forum Paper 10, September 2009), and he has published widely on strategic and security policy subjects.  Over the last 10 years he was a Senior Fellow with the Aspen Institute Germany,  and he teaches contemporary history at Potsdam University.