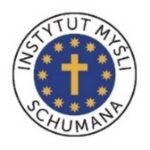 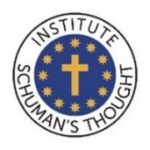 These Debates contribute to the Debate on the Future of Europe and are synchronized with V European Schuman Festival, over which Prime Minister of the Government of the Republic of Poland Mateusz Morawiecki took Honorary Patronage

The Debates are run on-line with MS Teams Internet platform

Let us create a real platform for pan-European dialogue,

without being closed in narrow circles.

which was implemented by Robert Schuman,

in the spirit of the Community of European Nations.

“The European problem cannot be solved by a drastic process of economic and political reorganization which would create a federal unity – the United States of Europe […] Europe owes its unique character to the fact that it is and has always been a society of nations, each intensely conscious of its own social personality and its own political institutions and laws, but all united by a common spiritual tradition, a common intellectual culture and common moral values […] It is only by the recovery of these common traditions and values and in the strengthening of them that Europe can be saved” [Robert Schuman]

“My idea is not to merge States to create a Super State. Our European States are a historical reality. From a psychological point of view, it would be impossible to do away with them. Their diversity is a good thing and we do not intend to level them down or equalize them” [Robert Schuman]

“To our mind, European policy is certainly not in contradiction with the patriotic ideal. It encourages the particular-nature and characteristics of each of its states and fosters the sound love for one’s own country which is a love that does not go in detriment of other countries. It wants to attain a unity in the fullness of its diversity” [Robert Schuman]

Agenda of the Debate

Issues to discuss and implement in regaining Schuman’s Europe