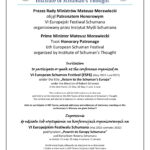 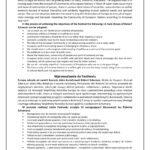 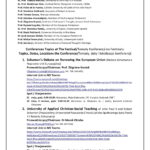 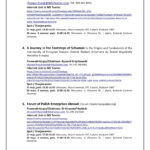 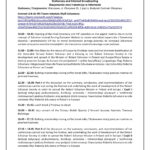 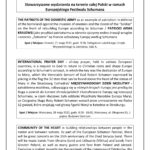 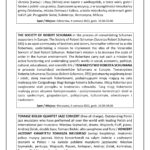 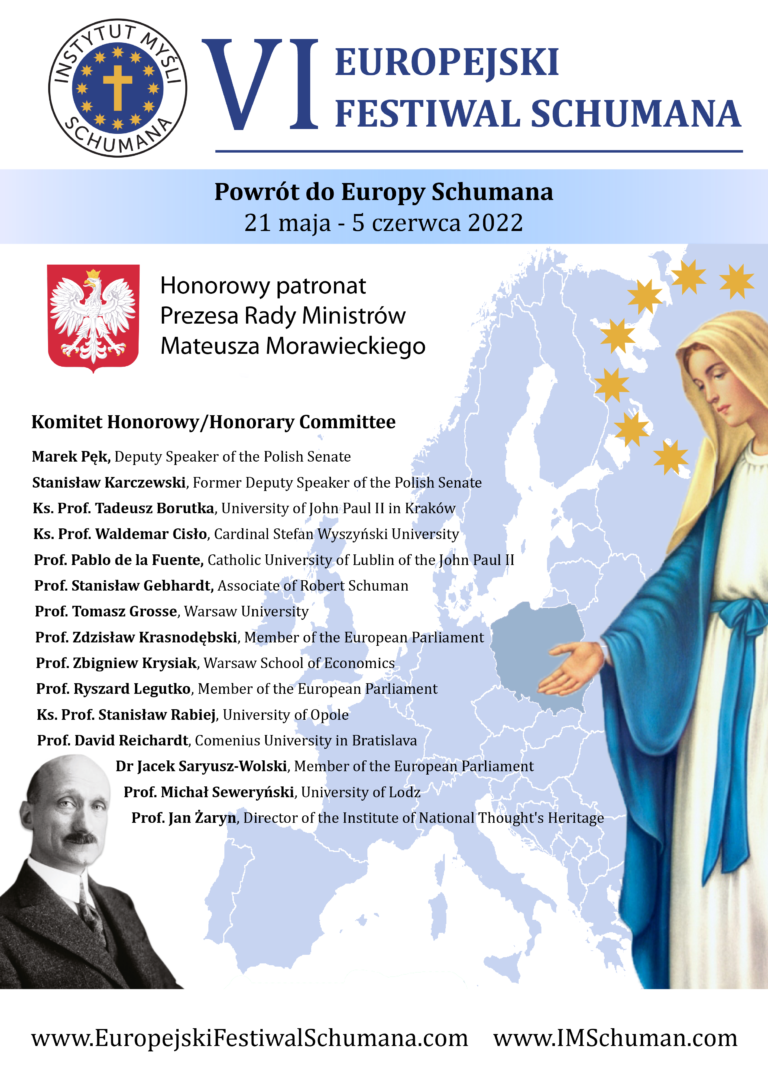 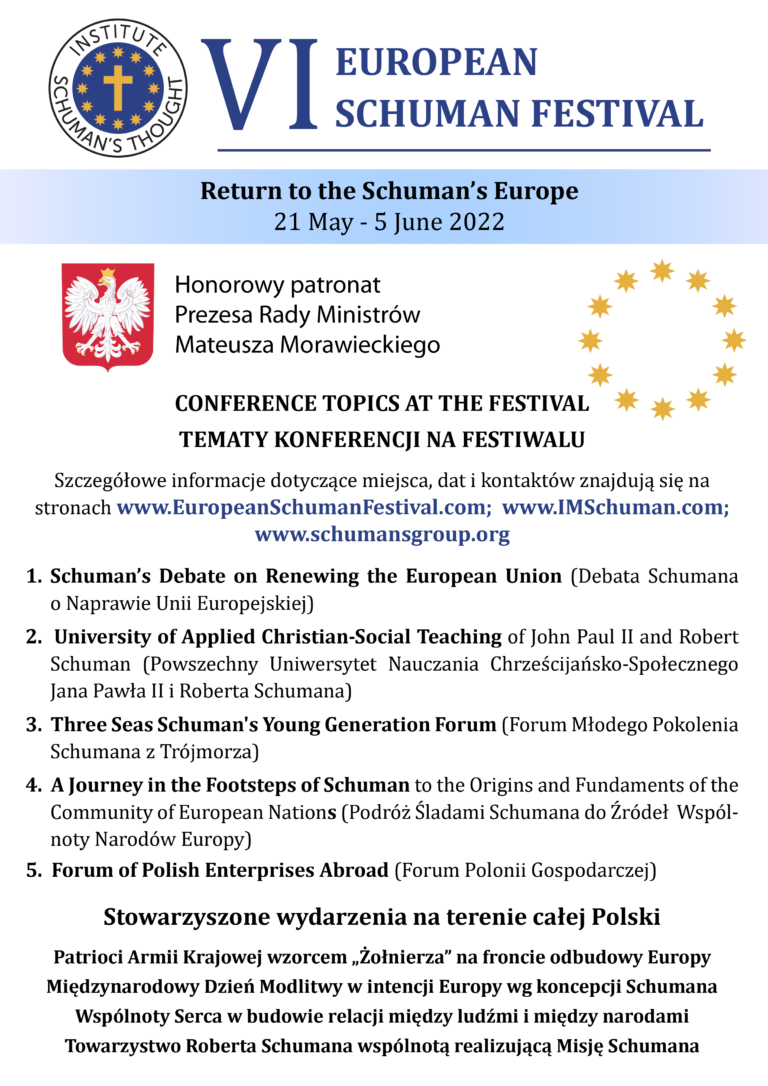 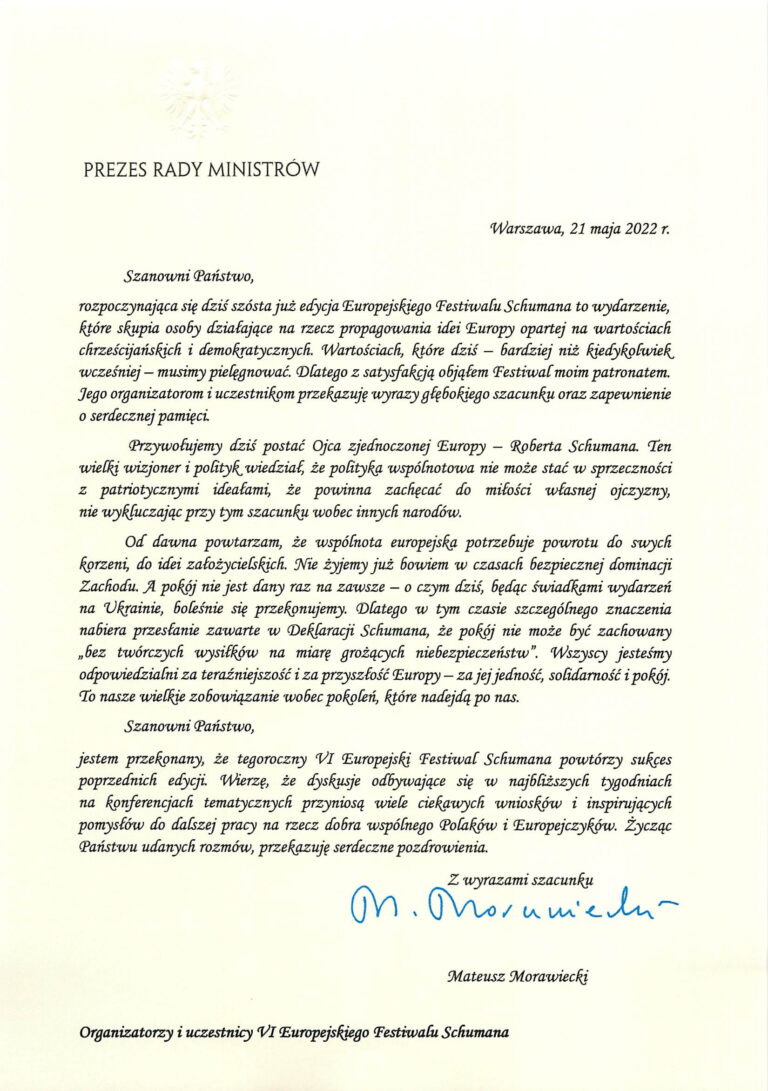 The Youth Forumof the Tri Marium with Robert Schuman

The Institute of Schuman Thoughts came out with the initiative to organize the Youth Forum of Tri Marium (Three Seas) with Robert Schuman, which was initially discussed with other institutions that want to be co-organizers of this project, including the Felczak Institute, as well as various youth organizations.

The aim of the meeting is to build the integration of the Tri Marium by its future hosts and leaders, such as young people, as well as to accelerate the processes of building the social and economic strength of the Three Seas Community by involving young people, which will lead to a constructive impact on the west of Europe and the world.

It is important that this event will be covered by the Patronage of the Prime Ministers of Poland, Hungary, and other Tri Marium Nations, and as well it would be essential that government institutions and ministries participate in co-organization. In this context, it is important to build relations between young parliamentarians from the Tri Marium countries.

On average, about 250 people will come from each country. We assume that young people will sleep in tents prepared by the Polish Army and other Tri Marium Armies, which would be done socially and free of charge by the Army. For this purpose, about 500 tents, each for ten people, need to be prepared, for which there is space in an area of several hectares in Krasiczyn. Additionally, field kitchens (military dishes) and sanitary facilities (showers and toilets) organized by the Polish Army and other fraternal armies from the Tri Marium are needed.

It should be prepared medical tents and any other security resources and measures, such as protection by the Police, defined in the legal norms, as well as voluntary service with the involvement of Territorial Defense Forces and Scouts from all Tri Marium countries.

The forum will be focused on around 20 thematic groups. For each thematic group, a tent for about 250 people is needed. We will also need technical equipment, sound systems, concert stages and media services from the Three Seas countries.

The financial funds to support the organization of the Youth Forum of the Tri Marium is welcomed.

20 thematic blocks that will be implemented in individual tents during the Forum are presented below. These blocks are the result of proposals delivered by young people from few countries, as well as representatives of certain institutions that will be co-organizers. The presented list may still be revised in-the-course of further discussions on this matter.

Chairman of the Program Committee

During the Debate we would like to hesitate following questions:

During the Debate we would like to hesitate following questions:

What changes are needed in the functionality of the EU in the area of regulations and institutions?
What deficits were revealed in the functioning of the EU in the area of solidarity, efficiency, and effectiveness in reducing the negative social and economic effects of Covid-19?
The topic to be discussed is whether the EU shall extend its activities to new areas, or we shall strictly define in what areas EU is needed and in which areas EU has failed.
Did Covid-19 prove that centralization of the government in Brussels decline the strength of national economies and decline the efficiency of the country’s role by removing the principle of subsidiarity?
Do lessons from Covid-19 justify the transfer of any competencies on health from the national level upwards? Are there lessons that national countries (UK, Norway, Switzerland, Taiwan, Israel) were able to deliver better solutions and much faster? Have European-level actions were mostly hype?
Based on the special status of Denmark with opt-outs can be discussed, whether any kind of joint social European policies are feasible and realistic?
The Health and psychological condition of the people and integrity of the family of the man and women are the basic pillars of national and European Union security. Why some European Leaders promote the depopulation actions and ideologies, which decline the security of the countries? How the promotion of the depopulation and decline in population threatens for development of the European economy and its competitive position in the global economy?

Live!!! Start Sun May 30, 2021 from 10:00 am to 18:00 pm. 10:00 – 12:00 – What type of people, political parties and countries would join the Schuman Fraction at the EP? (Jaki typ ludzi, partii politycznych i krajów dołączyłby do frakcji Schumana w PE?). 12:00 – 14:00 – The structure of Schuman communities as an example of a well-functioning cooperation between people and environments (Struktura wspólnot Schumana jako przykład dobrze działającej kooperacji ludzi i środowisk). 14:00 – 16:00 – Politics and social activity as a service to people and the formation of Christ’s disciples in Politics following the example of Robert Schuma (Polityka i działalność społeczna jako służba ludziom i formacja uczniów Chrystusa w Polityce na wzrór Roberta Schumana). 16:00 – 18:00 – Schuman’s media – opportunities, challenges and opportunities in creating a window to the world (Media Schumana – szanse, wyzwania i możliwości w tworzeniu okna na świat).

Live!!! Start Sun May 23, 2021 from 10:00 am to 6:00 pm: 10:00 – 12:00 – Does the Schuman Fraction would be most appropriate for establishing new group at EP? (Czy frakcja Schumana byłaby najbardziej odpowiednia do założenia nowej grupy w PE?) 12:00 – 14:00 – Tools of promotion and reaching people who support the ideas of the Servant of God Robert Schuman (Narzędzia promocji i dotarcia do ludzi wspierających idee Sługi Bożego Roberta Schumana) 14:00 – 16:00 – “Journey in the Footsteps of Schuman” as a way of learning about the Spirituality and style of action of the Servant of God Robert Schuman (“Podróż Śladami Schumana” jako forma poznawania Duchowości i stylu działania Sługi Bożego Roberta Schumana) 16:00 – 18:00 – International cooperation in creating Pan-European media (Współpraca międzynarodowa w tworzeniu Pan-Europejskich mediów).

Live: Third Schuman’s Debates on Renewing the European Union. This time: “Lisbon Treaty in the 12th year of its functioning: What adjustments are needed? Does the EU need broader unification, keeping status quo, adjust to reflect Schuman’s model and/or changed by partly utilizing Danish model?” Start April 24, 2021 at 4:00 p.m.

Live: Second Schuman’s Debates on Renewing the European Union. This time: “Is the European Union based on solidarity or on a fierce economic competition between nation states?” Start March 20, 2021 at 4:00 p.m.

“My idea is not to merge States to create a Super State. Our European States are a historical reality. From a psychological point of view, it would be impossible to do away with them. Their diversity is a good thing and we do not intend to level them down or equalize them” – Robert Schuman 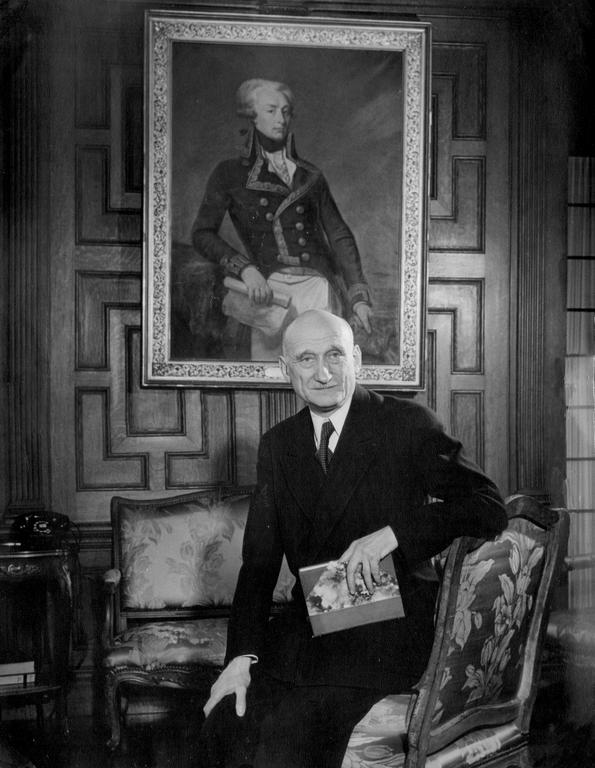 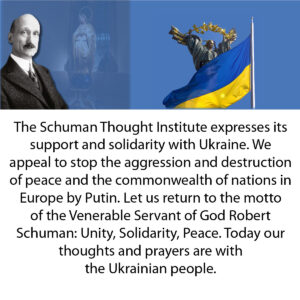