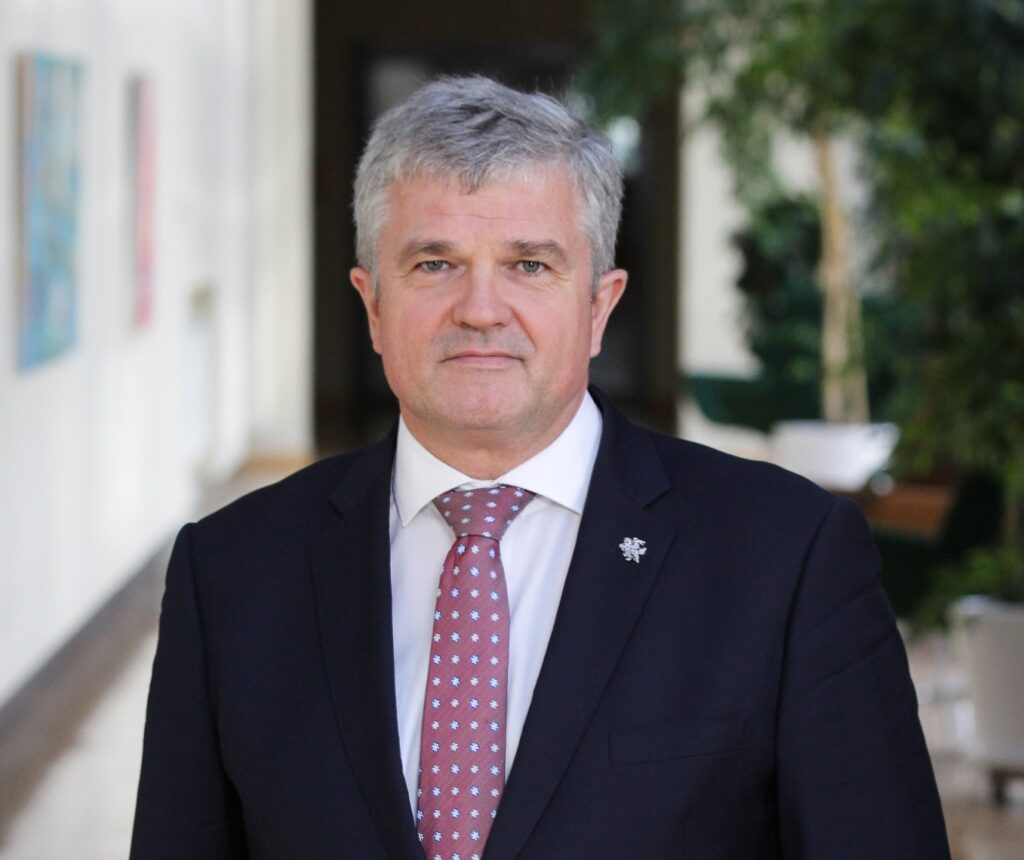 For several months in 1991, he worked in the temporary Lithuanian Office in Warsaw as the Head of the Information Bureau of the Republic of Lithuania in the Republic of Poland. Held the offices as the Ambassador in the Czech Republic and Slovakia, at the Consulate General in Saint Petersburg and at the Permanent Representation at the UN Office in Geneva.

Recent years has spent as Deputy Director General of the Permanent International Secretariat of the Baltic Sea State Council in Stockholm (2009–2015) and the Head of the Latin America, Africa, Asia and Pacific Department of the MFA of the Republic of Lithuania (2015–2018).